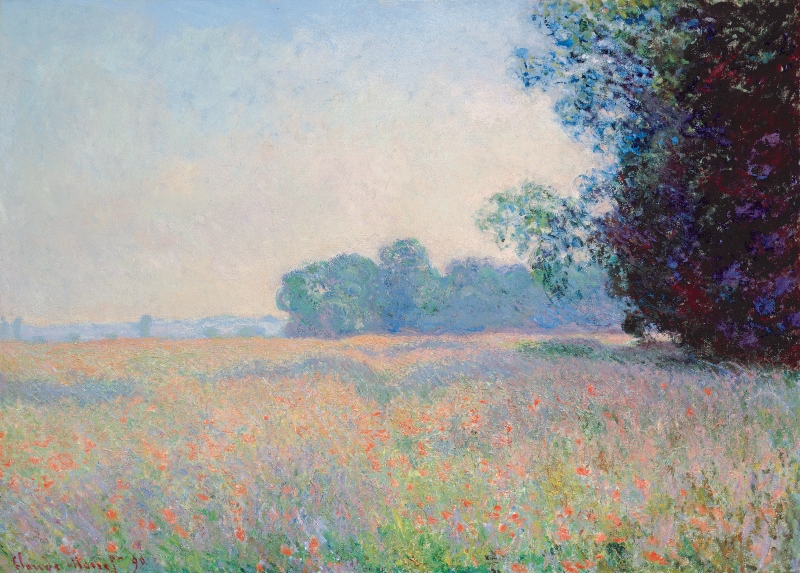 Monet and American Impressionism will feature several Monet paintings and highlight twenty-five American artists who launched a new way of painting in response to the influence of French Impressionism. The exhibition, a collaboration between the Harn Museum of Art in Gainesville, the Telfair Museums in Savannah and the Hunter Museum, will present roughly fifty paintings and twenty prints dated between 1880-1920 by many of the leading figures in American Impressionism. These artists include: Mary Cassat, William Merritt Chase, Childe Hassam, Willard Metcalf, Theodore Robinson, John Henry Twachtman and J. Alden Weir. These artists adapted the innovations of French Impressionism and ultimately paved the way to a uniquely American style of painting in the 19th century.

“This exhibition will give visitors the once-in-a-lifetime opportunity to explore Monet’s work alongside that of many of the most notable American artists of all time. We will explore the influences of French Impressionism and see how it was translated from a uniquely American perspective,” said Nandini Makrandi, Chief Curator at the Hunter Museum.

The special exhibition presented exclusively in Gainesville, Chattanooga and Savannah will include landscapes, portraits, intimate depictions of women and children and images of modern life through a variety of thematic schemes:

· The Allure of Giverny features the Harn Museum’s Giverny landscapes by Claude Monet (Champ d’avoine) and Theodore Robinson (Afternoon Shadows) alongside loaned works by artists who were active in Giverny between 1887 and 1919, including Theodore Butler, Frederick Frieseke, Willard Metcalf, and Lilla Cabot Perry. These works explore relationships between the United States and France during the period and the American fascination with French art and culture.

· The Vibrance of Urbanism features works by Monet that demonstrate the Impressionists’ interest in depicting scenes of modern life in the city. This section presents works by William Glackens, Childe Hassam, Jonas Lie, Gari Melchers, and Maurice Prendergast whose dynamic urban subjects celebrate the dynamism and unique character of major American cities.

· A Graphic Legacy addresses how American artists such as Frank Benson, Cassatt, Hassam, Prendergast, and J. Alden Weir translated Impressionist color and light into the print medium. These artists created etchings, drypoints, lithographs and monotypes as an outlet for fresh, creative expression and a means to expand their audience to the art-loving middle class.

TO LEARN MORE ABOUT SOME OF THE AMERICAN ARTISTS FEATURED IN THIS EXHIBITION, PLEASE CLICK THE BELOW AUDIO FILES PROVIDED BY RABBIT ZIELKE OF WUTC RADIO: