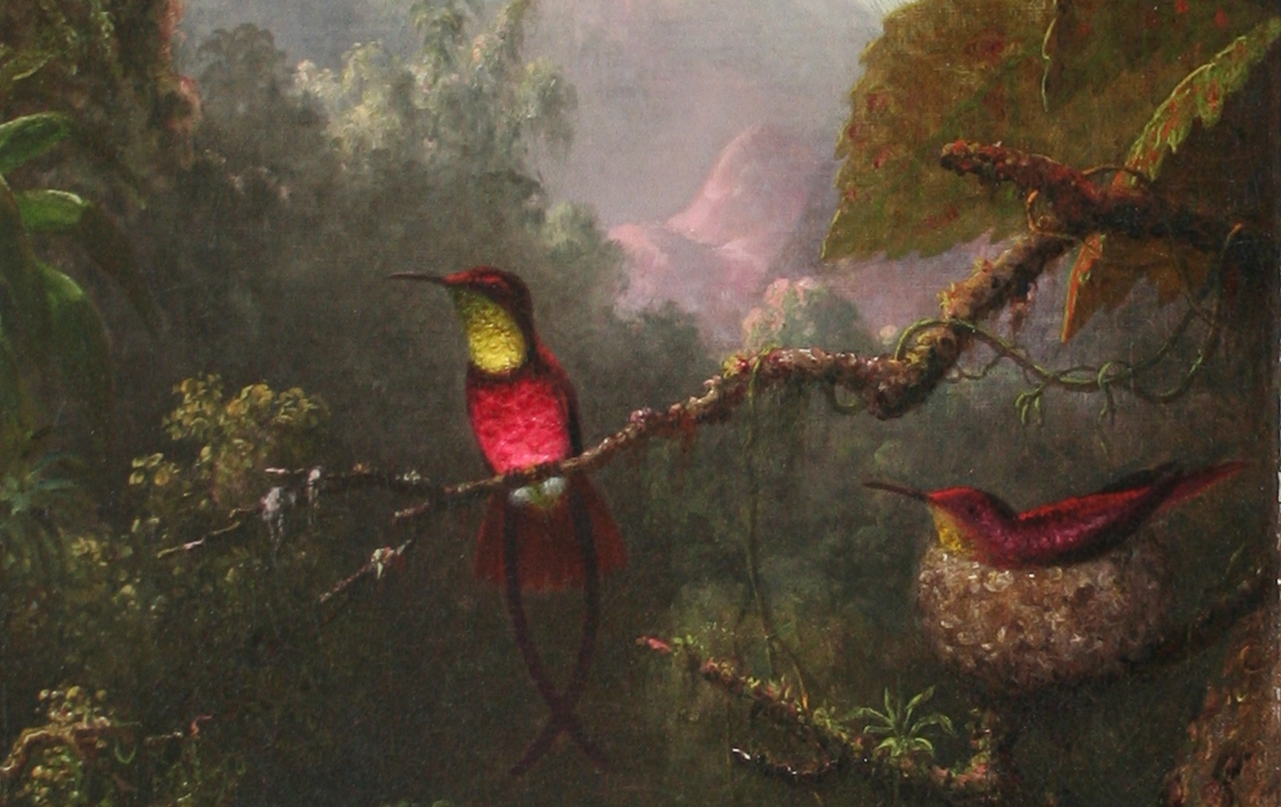 The mission of the Hunter Museum is to tell the tale of American Art from the Colonial era to the present day, the artwork we have reflects the many stories and concerns of American artists.  With its mission in mind, the Hunter Museum is proud to showcase the private collection of Alice E. and Joseph H. Davenport, Jr. beginning April 10 to honor their legacy of support of the arts in the Chattanooga area.  The collection features 19 works by many well-known American artists such as Georgia O’Keeffe, Charles Burchfield, Mary Cassatt, and William Merritt Chase.

Alice (Hedy) and Joseph (Joe) Davenport were passionate patrons of the arts in Chattanooga and founding supporters of the Hunter Museum.  The two began collecting fine art after getting involved in the Chattanooga Arts Association in the 1960s.

“My parents were infected by the ‘art bug’,” explained Hedy’s and Joe’s daughter, Margy Oehmig.  “They were also skilled at identifying a need and filling that void, and they felt strongly that every thriving community like Chattanooga should also have a thriving art museum.”

Joe was a fundraiser extraordinaire and understood the importance of corporate support, and in turn, expected others in the community to support their museum.  Joe and other significant community leaders including Scotty Probasco and Ruth Holmberg were part of the team that secured 33 American paintings from the Benwood Foundation with a value of more than $1 million.  This major acquisition laid the foundation for the museum to build its collection of works by American artists.

Joe served as Chairman of the first Board of Trustees of the Hunter Museum and laid the foundations for the American contemporary art collection as well as the studio art glass collection.  Hedy was equally as involved with the Hunter Museum and chaired Spectrum, the museum’s largest annual fundraiser, for several years and helped raise significant support for the Hunter.

In continuing their legacy of support, the Davenport family is also donating two glass pieces by world-renowned artists Dale Chihuly, Marvin Lipofsky and a bronze sculpture by Isamu Noguchi to add to the Hunter Museum’s permanent collection.

A special opening reception will be held at the Hunter Museum on Thursday, April 9 from 6:00 p.m. to 7:30 p.m. allowing guests to the view the Davenport Collection along with two other new exhibitions, Gajin Fujita and New on View II.  This event is free for members and general admission for non-members.

Help us Propel Past COVID

At no time has supporting the Hunter Museum been more crucial than it is today as we cope with the significant impact of COVID-19.

The Hunter has launched a Propel Past COVID campaign to raise funds needed to ensure the museum’s stability and resilience through this uncertain time.

Donate now to support everything you love about the Hunter Museum.